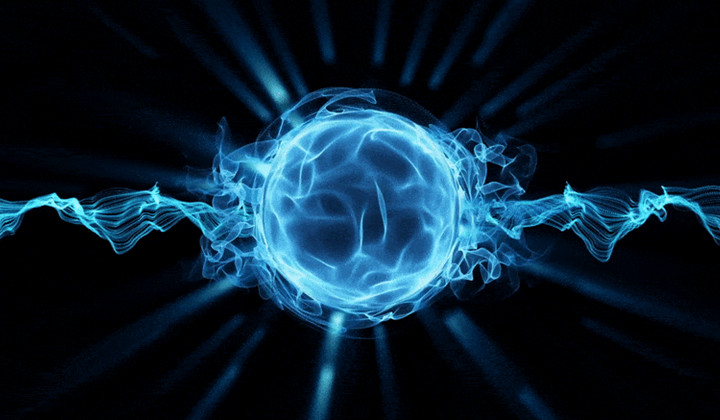 Researchers at the U.S. Department of Energy’s (DOE) Princeton Plasma Physics Laboratory have created an efficient computer algorithm to model the crazy-quilt movement of free electrons during experimental efforts to harness the fusion power that drives the sun and stars. The approach solves a difficult equation, allowing for better control of the unpredictable and fast-moving electrons in the fuel for fusion energy.

Fusion generates massive energy by combining light elements in the form of plasma — the hot, charged gas made of free electrons and atomic nuclei, or ions, that makes up 99 percent of the visible universe. Scientists all across the globe are working to reproduce the fusion process in order to create a safe, clean, and plentiful power source for generating electricity.

A key hurdle for researchers developing fusion on doughnut-shaped devices called tokamaks, which confine the plasma in magnetic fields, has been solving the equation that describes the motion of free-wheeling electrons as they collide and bounce around. Standard methods for simulating this motion, technically called pitch-angle scattering, have proven unsuccessful due to the complexity of the equation.

A successful set of computational rules, or algorithm, would solve the equation while conserving the energy of the speeding particles. “Solving the stochastic differential equation gives the probability of every path the scattered electrons can take,” said Yichen Fu, a graduate student in the Princeton Program in Plasma Physics at PPPL and lead author of a paper in the Journal of Computational Physics that proposes a solution. Such equations yield a pattern that can be analyzed statistically but not determined precisely.

A major benefit of this knowledge is improved guidance for fusion researchers who pump electric current into tokamak plasmas to create the magnetic field that confines the superhot gas. Another benefit is better understanding of the pitch-angle scattering on energetic runaway electrons that pose danger to the fusion devices.

The finding provides a rigorous mathematical proof of the first working algorithm for solving the complex equation. “This gives experimentalists a better theoretical description of what’s going on to help them design their experiments,” said Hong Qin, a principal research physicist, advisor to Fu and a coauthor of the paper. “Previously, there was no working algorithm for this equation, and physicists got around this difficulty by changing the equation.”

The reported study represents the research activity in algorithms and applied math of the recently launched Computational Sciences Department (CSD) at PPPL and expands an earlier paper coauthored by Fu, Qin and graduate student Laura Xin Zhang, a coauthor of this paper. While that work created a novel energy-conserving algorithm for tracking fast particles, the method did not incorporate magnetic fields and the mathematical accuracy was not rigorously proven.

The CSD, founded this year as part of the Lab’s expansion into a multi-purpose research center, supports the critical fusion energy sciences mission of PPPL and serves as the home for computationally intensive discoveries. “This technical advance displays the role of the CSD,” Qin said. “One of its goals is to develop algorithms that lead to improved fusion simulations.”