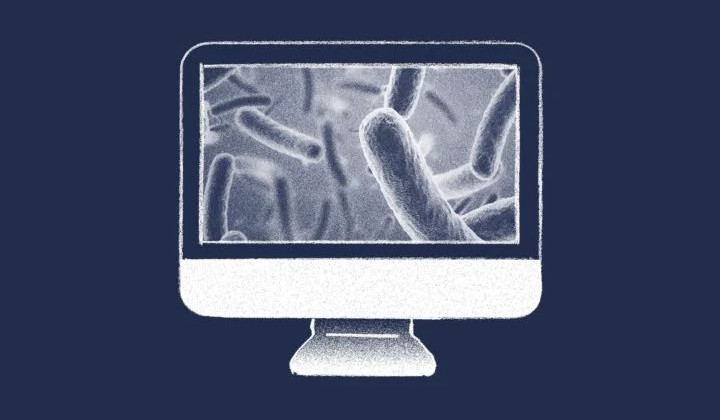 The researchers say their new work represents a significant step forward in the use of a form of predictive computer modeling called GENREs to battle infectious diseases. The results, they say, could speed the development of new treatments for Clostridium difficile infections that strike half a million Americans every year.

“This computer model has the potential to significantly advance our understanding of this important human pathogen,” said researcher Jason Papin of UVA’s School of Medicine and School of Engineering. “The ability to actually predict whether a microbe can survive in a specific environment or without a particular gene has profound implications in drug discovery and the development of therapeutic approaches.”

With antibiotic resistance a growing concern, scientists are eager to find new ways to treat C. difficile, an infection that is already difficult to manage. Long-term antibiotic use actually fuels the problem: The C. difficile bacterium naturally lives in our guts, but extensive antibiotic use, particularly among patients who are hospitalized or in nursing homes, can allow it to establish dangerous infections characterized by diarrhea, nausea and fever. Many patients suffer repeatedly: Among those who survive, one in six will develop another C. difficile infection within eight weeks, according to the Centers for Disease Control and Prevention.

Papin and his team in UVA’s Department of Biomedical Engineering wanted to see if they could identify potential weaknesses in C. difficile by better understanding its cellular metabolism, the chemical processes that allow it to grow and reproduce. To do this, researcher Matthew Jenior developed advanced computer models, called “genome-scale metabolic network reconstructions,” or GENREs, of both a newer, “hypervirulent” form of C. difficile and a better understood, less dangerous form.

Using the models, Jenior was able to identify key vulnerabilities in C. difficile that researchers may be able to exploit to develop new treatments. For example, the models were able to predict that C. difficile is heavily dependent on a particular cellular process for using carbon as a food source. Blocking that process, for example, might allow doctors to starve the bacteria to death, essentially.

Once the researchers had their computer modeling results, they collaborated with colleagues including Rita Tamayo at the University of North Carolina, Chapel Hill, and Dr. Bill Petri Jr. in UVA’s Division of Infectious Diseases and International Health to verify that the results held true in real life. They were delighted to find that the computer predictions had offered valuable insights. “We were thrilled to find that our models revealed specific, targetable metabolic signatures that controlled particular elements of C. difficile virulence,” Jenior said. “These findings could lay the groundwork for new treatments that reduce disease severity and eliminate the need for antibiotics at all.”

The work is notable because of the success of the GENRE models, the researchers said. The models have proved useful for other purposes, but UVA’s new application demonstrates how they can be used to better understand complex metabolic processes during infections. That could make them an important tool in the battle against contagious diseases, helping scientists identify new drugs and treatment strategies.

“Our ability to develop computer models of complex biological systems has advanced considerably over the last few years,” Papin said. “It will be thrilling to see what advances emerge at this intersection of engineering and biology.”