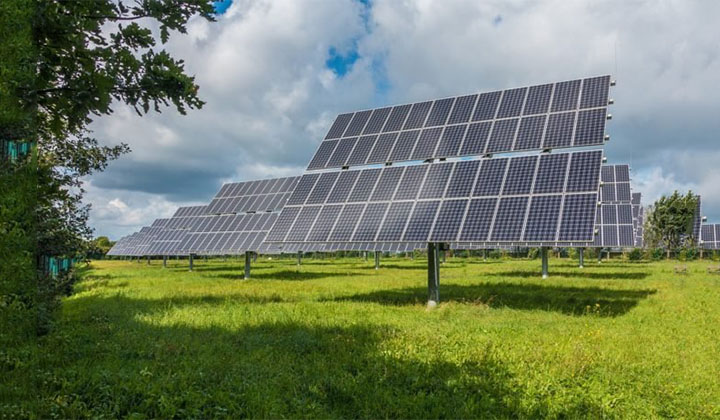 New discoveries are making silicon production cleaner, and solar cells of the future will become even more environmentally friendly.

Solar cells are largely made of silicon. But the silicon needs to be as pure as possible for the solar cells to have maximum efficiency.

Over 90 per cent of the world’s solar cells are made of silicon, and the production of the world’s most environmentally friendly silicon for use in solar cells is happening in Norway. However, this process also leads to by-products that must be disposed of. Now the process is on its way to becoming even cleaner.

Zhu has worked closely with people from SINTEF and the University of Oslo, as well as the Norwegian company REC Solar Norway in Kristiansand.

The work was carried out at the national FME-Susoltech Centre.

“Part of the main strategy for the centre is to develop new sustainable processes for the manufacture of raw silicon material for solar cells,” says Jafar Safarian, an associate professor in the Department of Materials Science and Engineering at NTNU.

REC Solar Norway is one of the centre’s key partners. The company produces high-purity silicon for solar cells in Kristiansand.

“REC Solar is already using a method that requires less energy and has a lower carbon footprint than other production methods,” Zhu says.

But even this manufacturing performance leaves room for further clean-up.

The new material consists of a mixture of silicon, calcium and magnesium (Si-Ca-Mg). This material can replace pure calcium which is currently used to remove the impurities in silicon for use in solar cells.

“Using calcium is the most effective material for removing impurities such as phosphorus, aluminium, iron and titanium,” Zhu says.

But the production method results in a relatively large loss of silicon, as well as unwanted by-products that have to be disposed of.

“The interest in using magnesium instead of calcium has increased in the last few years. Magnesium also removes phosphorus effectively, is cheaper than calcium and produces fewer by-products. But pure magnesium has several disadvantages,” says Zhu.

One of those disadvantages is not exactly a small one either. The main problem is that pure magnesium can create sparks, which in turn poses the danger of explosions – not a desirable characteristic.

The explosive danger means you can’t use pure magnesium to remove the impurities in the silicon. And pure calcium causes too much pollution.

The new material – a mixture of the two substances – thus offers a lot of possibilities.

“By mixing calcium and magnesium in a certain ratio, the disadvantages of using either substance alone almost magically disappear,” says Zhu.

It sounds almost too good to be true, but the right mix of the two substances removes or reduces the disadvantages of both of them.

The danger of explosion is completely gone, energy consumption is reduced and the manufacturing process produces less waste,” says Safarian.

This could mean a lot of potential gain for REC Solar.

Testing on a larger scale

The experiments so far have been carried out on a small scale in a lab, with promising results. But now Zhu and the other researchers are testing out the method on a larger scale.

“NTNU and SINTEF will continue to look for the treasures that Si-Ca-Mg alloys offer, so that we’ll be able to make the silicon for solar cells even cleaner in the near future,” says Kai Tang, a senior researcher at SINTEF.

The industry is starting to show serious interest in working with the researchers. REC Solar Norway is at the forefront of efforts to make silicon production cleaner.

The company is currently beginning to recycle silicon material that was previously lost when producing the thin silicon wafers that become solar cells.

“This is now the most environmentally friendly manufacturing process in the world, and it’s only found in Norway,” says Zhu.

This development could in turn provide benefits in a market that will probably only grow in the next few years.

“The economy and cost of the raw materials will also determine whether this technology comes into common use. That piece hasn’t been investigated yet. But it is clearly interesting technologically,” says senior engineer Ronny Glöck at REC Solar Norway AS.