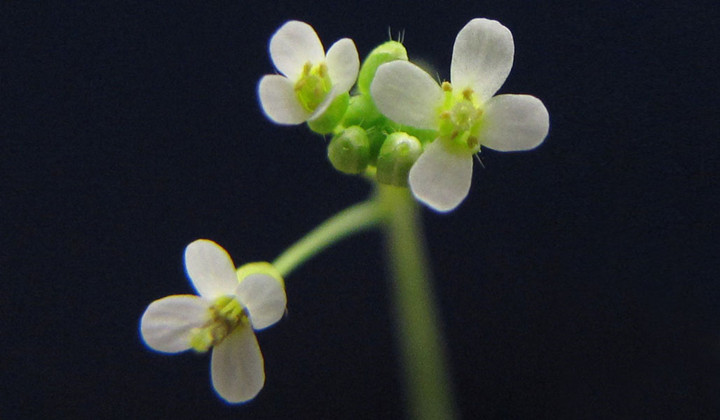 A common lab plant that’s been poked and put under microscopes for decades may seem unlikely to keep secrets. But in widely studied Arabidopsis thaliana, scientists have identified the “cantil” — a newly reported plant organ named for its cantilever-like way of branching off of the main stem. The structure appears in only some A. thaliana and only under certain conditions, researchers report online June 15 in Development.

“If you told me of a new organ in a weird plant in Amazonia, I wouldn’t be surprised at all,” says François Parcy, a plant biologist at CNRS in Paris, who was not involved in the study. “What struck me is this happened in Arabidopsis. This is something that’s really surprising.”

Molecular biologist Timothy Gookin first suspected contamination or a mutation when he noticed some A. thaliana with odd stalks jutting out from the stem, like half-finished bridges. It took 12 years of experiments at Penn State to show that the rare stalks are a new type of plant part and to explain their trigger: delayed flowering.

Like many other plants, short days prompt A. thaliana, which is in the same family as cabbage and mustard greens, to shore up resources; long days tell it to churn out flowers. Cantils form when that transition from stockpiling to blooming is postponed, as the plant keeps growing while waiting for the flowering signal, the researchers found. The cantil is “just growing kind of like, ‘Hey, where’s the summer? OK, I’m waiting for my break. Where’s it coming?’” Gookin says.

Scientists’ preference for using long growing days and fast-flowering conditions have helped keep cantils hidden in hundreds of labs worldwide, Gookin says. The organs can develop in the wild, though some favorite, fast-growing A. thaliana varieties have lost the genetic ability to produce cantils. It’s unclear how the plants use the organs.

Cantils are, so far, known to occur only in A. thaliana. So the plant parts may not rewrite biology textbooks just yet. But after being found in a lab plant that’s scrutinized so widely, it’s a reminder to keep observing closely (SN: 10/22/18).