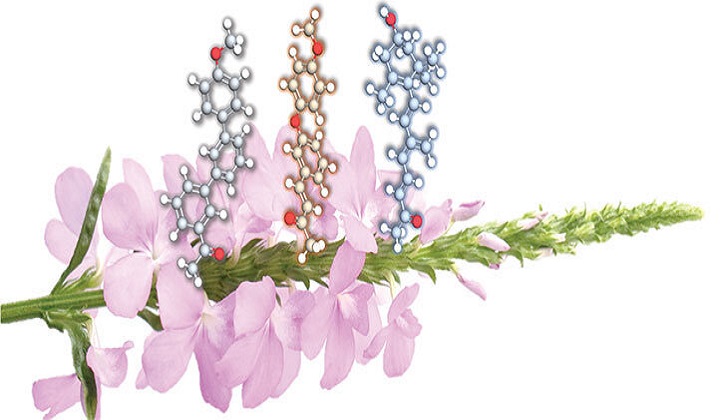 A molecule that can mimic the function of zaxinone, a natural growth-promoting plant metabolite, has been designed and fabricated by an international team led by KAUST and the University of Tokyo. Their successful mimic may have wide-reaching applications in plant biology and agriculture, including the promotion of plant growth and limiting the infestation of witchweed.

"We identified zaxinone in a previous study and found that it both stimulates the growth of rice plants and appears to reduce infestation by the root parasite Striga (witchweed)," says Jian You Wang, Ph.D. student under the supervision of Salim Al-Babili. "It is tempting to jump in and say we can harvest zaxinone from plants, study its activity and use it to boost crop yields, but it is not that simple."

Living organisms produce growth regulating metabolites, such as zaxinone, at very low concentrations, and the molecules themselves are often short-lived and unstable. The team realized that to make full use of their discovery, they would need to design a synthetic molecule that can mimic zaxinone's function, rather than using the metabolite itself.

"We first identified the parts of zaxinone that are crucial for its activity and the other parts that can be replaced or modified," says Wang. "These results helped our team to design a series of easy-to-synthesize zaxinone mimics called MiZax."

The team trialed MiZax by adding them to soil and measuring their ability to improve root growth and limitStrigainfestation in rice plants. Two of the mimics, MiZax3 and MiZax5, proved particularly effective, with MiZax3 performing even better than zaxinone itself.

"We were excited to see the excellent activity and stability of MiZax3, even when it was used at very low concentrations," says Wang. "It is important to note that we still do not know precisely how zaxinone itself works. MiZax3 will help us investigate the mechanisms behind zaxinone's activity and how it changes plant hormone patterns and metabolism."

Al-Babili says: "We will also perform controlled field and safety tests to evaluate MiZax activity on cereals and horticultural crops in greenhouse and research farms in the Kingdom. MiZax will help us improve our understanding of the development, growth and biotic interactions of cereals, particularly rice."

Al-Babili is also going to integrate MiZax into a wider project he is leading, which is funded by the Bill & Melinda Gates Foundation, on combating Strigain sub-Saharan Africa.