Mitochondria Are the 'Canary in the Coal Mine' for Cellular Stress Dec 20, 2019 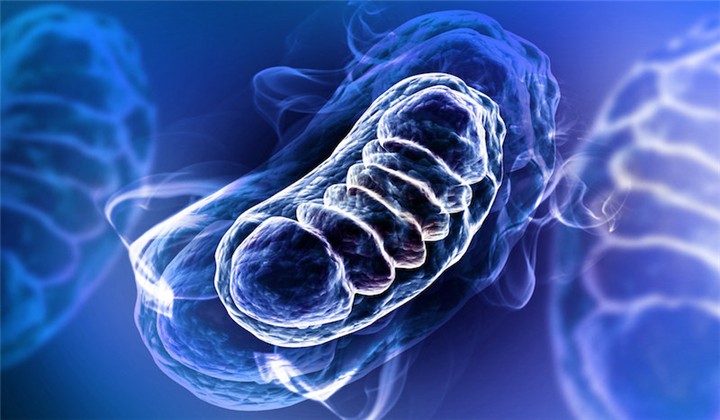 Mitochondria, tiny structures present in most cells, are known for their energy-generating machinery. Now, Salk researchers have discovered a new function of mitochondria: they set off molecular alarms when cells are exposed to stress or chemicals that can damage DNA, such as chemotherapy. The results, published online in Nature Metabolism on December 9, 2019, could lead to new cancer treatments that prevent tumors from becoming resistant to chemotherapy.

"Mitochondria are acting as a first line of defense in sensing DNA stress. The mitochondria tell the rest of the cell, 'Hey, I'm under attack, you better protect yourself,'" says Gerald Shadel, a professor in Salk's Molecular and Cell Biology Laboratory and the Audrey Geisel Chair in Biomedical Science.

Most of the DNA that a cell needs to function is found inside the cell's nucleus, packaged in chromosomes and inherited from both parents. But mitochondria each contain their own small circles of DNA (called mitochondrial DNA or mtDNA), passed only from a mother to her offspring. And most cells contain hundreds -- or even thousands -- of mitochondria.

Shadel's lab group previously showed that cells respond to improperly packaged mtDNA similarly to how they would react to an invading virus -- by releasing it from mitochondria and launching an immune response that beefs up the cell's defenses.

In the new study, Shadel and his colleagues set out to look in more detail at what molecular pathways are activated by the release of damaged mtDNA into the cell's interior. They homed in on a subset of genes known as interferon-stimulated genes, or ISGs, that are typically activated by the presence of viruses. But in this case, the team realized, the genes were a particular subset of ISGs turned on by viruses. And this same subset of ISGs is often found to be activated in cancer cells that have developed resistance to chemotherapy with DNA-damaging agents like doxyrubicin.

To destroy cancer, doxyrubicin targets the nuclear DNA. But the new study found that the drug also causes the damage and release of mtDNA, which in turn activates ISGs. This subset of ISGs, the group discovered, helps protect nuclear DNA from damage -- and, thus, causes increased resistance to the chemotherapy drug. When Shadel and his colleagues induced mitochondrial stress in melanoma cancer cells, the cells became more resistant to doxyrubicin when grown in culture dishes and even in mice, as higher levels of the ISGs were protecting the cell's DNA.

"Perhaps the fact that mitochondrial DNA is present in so many copies in each cell, and has fewer of its own DNA repair pathways, makes it a very effective sensor of DNA stress," says Shadel.

Most of the time, he points out, it's probably a good thing that the mtDNA is more prone to damage -- it acts like a canary in a coal mine to protect healthy cells. But in cancer cells, it means that doxyrubicin -- by damaging mtDNA first and setting off molecular alarm bells -- can be less effective at damaging the nuclear DNA of cancer cells.

"It says to me that if you can prevent damage to mitochondrial DNA or its release during cancer treatment, you might prevent this form of chemotherapy resistance," Shadel says.

His group is planning future studies on exactly how mtDNA is damaged and released and which DNA repair pathways are activated by the ISGs in the cell's nucleus to ward off damage.

The work and the researchers involved were supported by grants from the National Institutes of Health, the Cancer Prevention and Research Institute of Texas, the Office of the Assistant Secretary of Defense for Health Affairs, the China Scholarship Counsel, the Salk Excellerators Postdoctoral Fellowship, and the George E. Hewitt Foundation for Medical Research Postdoctoral Fellowship.