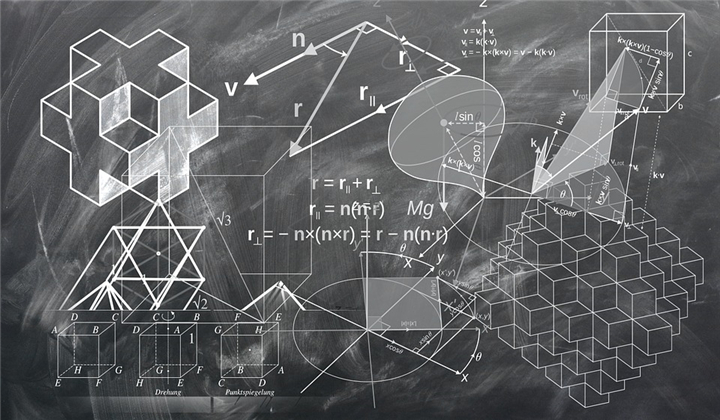 Ordinary people see beauty in complex mathematical arguments in the same way they can appreciate a beautiful landscape painting or a piano sonata -- and you don't need to be a mathematician to get it, a new study by Yale University and the University of Bath has revealed.

The study, published in science journal Cognition, showed people even agreed on what made such abstract mathematical arguments beautiful. The findings may have implications for teaching schoolchildren, who may not be entirely convinced that there is beauty in mathematics.

The similarities between mathematics and music have long been noted but the study co-authors, Yale mathematician Stefan Steinerberger and University of Bath psychologist Dr. Samuel G.B.Johnson, wanted to add art to the mix to see if there was something universal at play in the people judge aesthetics and beauty -- be they in art, music or abstract mathematics.

The research was sparked when Steinerberger, while teaching his students, likened a mathematical proof to a 'really good Schubert sonata' -- but couldn't put his finger on why. He approached Johnson, assistant professor of marketing at the University of Bath School of Management, who was completing his Ph.D. in psychology at Yale.

Johnson designed an experiment to test his question of whether people share the same aesthetic sensibilities about maths that they do about art or music -- and if this would hold true for an average person, not just a career mathematician.

For the study, they chose four mathematical proof, four landscape paintings, and four classical piano pieces. None of the participants was a mathematician.

The mathematical proofs used were: the sum of an infinite geometric series, Gauss's summation trick for positive integers, the Pigeonhole principle, and a geometric proof of a Faulhaber formula. A mathematical proof is an argument which convinces people something is true.

Finally, the third asked another sample group to rate each of the four works of art and mathematical arguments for nine different criteria -- seriousness, universality, profundity, novelty, clarity, simplicity, elegance, intricacy, and sophistication.

Participants in the third group agreed with each other about how elegant, profound, clear, etc., each of the mathematical arguments and paintings was.

But Steinerberger and Johnson were most impressed that these ratings could be used to predict how similar participants in the first group believed that each argument and painting were to each other. This finding suggests that perceived correspondences between maths and art really have to do with their underlying beauty.

However, it was not clear whether the results would be the same with different music.

"I'd like to see our study done again but with different pieces of music, different proofs, different artwork," said Steinerberger. "We demonstrated this phenomenon, but we don't know the limits of it. Where does it stop existing? Does it have to be classical music? Do the paintings have to be of the natural world, which is highly aesthetic?"

Both Steinerberger and Johnson believe the research may have implications for maths education, especially at the secondary-school level.

"There might be opportunities to make the more abstract, more formal aspects of mathematics more accessible and more exciting to students at that age," said Johnson, "And that might be useful in terms of encouraging more people to enter the field of mathematics."