These Are The Viruses That mRNA Vaccines May Take on Next Jan 05, 2022 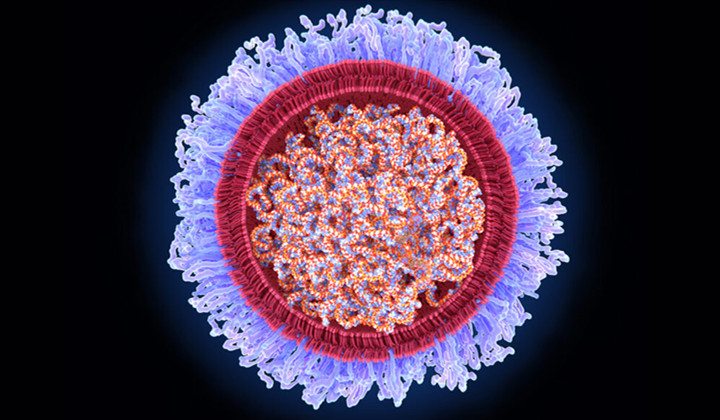 Tiny molecules came up big in 2021. By year’s end, COVID-19 vaccines based on snippets of mRNA, or messenger RNA, proved to be safe and incredibly effective at preventing the worst outcomes of the disease.

mRNA vaccines tell our cells how to make a mimic of a viral protein, in this case the spike protein that the coronavirus uses to break into cells (SN Online: 12/16/21). The vaccine-generated protein then teaches the immune system what the real threat looks like should it later encounter that threat.

For decades, efforts to develop mRNA-based vaccines to fight infectious diseases like rabies have been on a slow and meandering road (SN Online: 6/29/21). But the urgency of the pandemic breathed new life into these attempts. The promise of mRNA technology now takes us well past this pandemic’s horizon. “We’re right at the beginning of a really exciting time,” says Anna Blakney, a bioengineer who studies RNA technology at the University of British Columbia in Vancouver.

The dreams are big: Fighting all sorts of infections. Attacking cancer cells. Restoring specific proteins to treat genetic diseases, such as cystic fibrosis.

“It’s a really amazing technology that’s been proven over the past year,” Blakney says. But it won’t be a panacea, she cautions. “It works really well for some things. It’s unknown how well it will work for other things.”

Those answers might come soon. Here’s a look at four research efforts that have been aided by the swift momentum for mRNA vaccines that COVID-19 generated.

Our current flu vaccines aren’t so hot. In a given year, flu shots are between 40 percent and 60 percent effective at preventing the disease. mRNA might do better. Pfizer has begun enrolling about 600 people ages 65 to 85 to find out how mRNA vaccines stack up against traditional flu shots. Moderna has already dosed participants in its own trial of such a flu vaccine, slated to include 180 adults in the United States.

HIV is a slippery foe, able to evade the immune system by quickly mutating and disguising itself in a coat of human proteins and sugars (SN: 7/3/21 & 7/17/21, p. 14). But mRNA vaccines may be able to train the body’s immune system to detect HIV in its many permutations. That’s the premise of a new clinical trial in the works, sponsored by the International AIDS Vaccine Initiative and including scientists from Moderna.

There are no vaccines available to protect people against Zika virus, which can cause severe disabilities in children born to infected mothers (SN Online: 8/7/18). Scientists from Moderna are currently recruiting 800 adults for a clinical trial testing an mRNA vaccine for its safety and ability to prevent Zika infection.

CMV is a common and usually harmless virus. But it can be dangerous for newborn babies who get CMV from an infected mother before they are born. An early infection can lead to premature birth, hearing loss, seizures and developmental delays. Moderna has begun testing a CMV vaccine candidate — a combination of six different mRNAs that carry instructions for proteins on the surface of CMV. The clinical trial will include nearly 7,000 people.