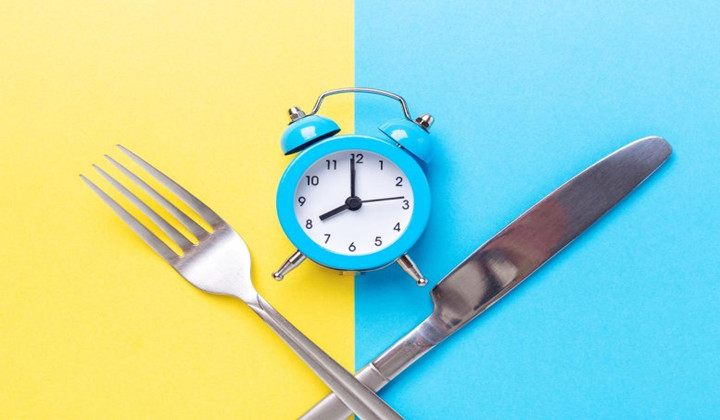 Intermittent fasting may not only be a hot dieting trend, but it also has broader health benefits, including helping to fight inflammation, according to a new study from researchers at the Intermountain Healthcare Heart Institute in Salt Lake City.

“Inflammation is associated with higher risk of developing multiple chronic diseases, including diabetes and heart disease. We’re encouraged to see evidence that intermittent fasting is prompting the body to fight inflammation and lowering those risks,” said Benjamin Horne, PhD, principal investigator of the study and director of cardiovascular and genetic epidemiology at the Intermountain Healthcare Heart Institute.

Findings of the study will be presented on Saturday, November, 13, at the American Heart Association’s Scientific Sessions 2021, which are being held virtually this year.

This specific study examined 67 patients aged 21 to 70 who all had at least one metabolic syndrome feature or type 2 diabetes. Participants also weren’t taking anti-diabetic or statin medication and had elevated LDL cholesterol levels.

After 26 weeks, researchers then measured participants’ galectin-3, and found that it was higher in the intermittent fasting group. They also found lower rates of HOMA-IR (insulin resistance) and MSS (metabolic syndrome), which researchers believe may be similar to the reported effects of SGLT-2 inhibitors, a class of drugs used to lower high glucose levels in type 2 diabetes patients.

“In finding higher levels of galectin-3 in patients who fasted, these results provide an interesting mechanism potentially involved in helping reduce the risk of heart failure and diabetes,” said Dr. Horne, who added that a few members of the trial team completed the same regime before the study started to make sure that it was doable and not overly taxing to participants.

“Unlike some IF diet plans that are incredibly restrictive and promise magic weight loss, this isn’t a drastic form of fasting. The best routine is one that patients can stick to over the long term, and this study shows that even occasional fasting can have positive health effects,” he added.