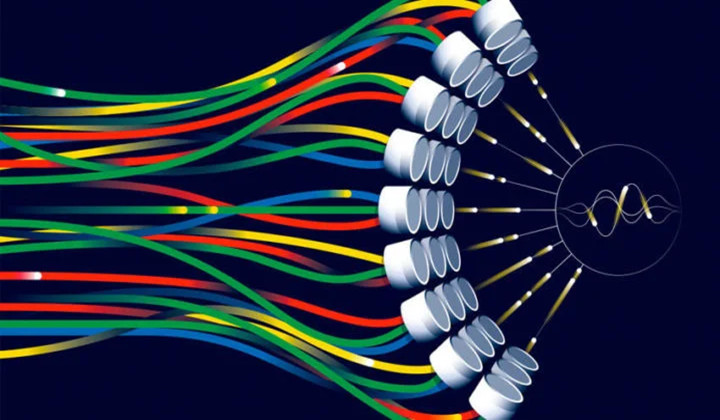 The University of Michigan is one of eight sites around the country that will enroll patients in a clinical trial to evaluate the safety and efficacy of a technology that uses ultrasound to treat liver tumors.

The #HOPE4LIVER trial will employ the noninvasive technique to mechanically destroy primary and metastatic liver tumors.

The technology, called histotripsy, was developed by U-M researchers over more than 15 years and is being commercialized by a U-M startup company, HistoSonics, which is sponsoring the trial.

Using ultrasonic pulses is nothing new to medicine, but the process behind histotripsy is. While previous techniques use heat energy to ablate tissues, histotripsy harnesses the energy of thousands of microbubbles — called cavitation — to emulsify tissue. And it can do so with great precision, narrowly targeting the tissues of interest.

Interventional radiologist Mishal Mendiratta-Lala, M.D., who specializes in the diagnosis and treatment of liver cancer and other abdominal cancers, is principal investigator of the U-M trial site.

“We are very excited to help move this technology out of the laboratory and into a clinical trial where we can evaluate its safety and efficacy for patients,” she says. “Preclinical models have been very encouraging regarding the technology’s ability not only to destroy tumors non-invasively but also to stimulate the body’s immune response to cancer.”

As a researcher, Mendiratta-Lala has worked closely with one of the technology’s principal inventors, Zhen Xu, PhD, a professor of biomedical engineering at U-M, to analyze histotripsy’s impact in animal models of liver cancer.

HistoSonics is also conducting clinical trials of the technology in Europe and hopes to expand the use of its platform to other types of solid tumours after the U.S. liver study.

“Anyone close to the field of therapeutic ultrasound knows that the novel science of histotripsy was born from the work of an incredible team of researchers at U-M,” says Mike Blue, HistoSonics’ president and CEO. “It is only fitting that our collaborating U-M physicians and the hospital are a part of this trial and represent the science that they discovered and developed alongside the company over the past decade. We could not be happier for everyone who has played a role in getting this platform to where it is today, especially the early inventors and company cofounders.”

A study from the lab of U-M surgeon Clifford Cho, M.D., published last year in the Journal for immunotherapy of Cancer, found histotripsy ablation magnified the effect of checkpoint inhibition immunotherapy in mouse models of melanoma and hepatocellular carcinoma.