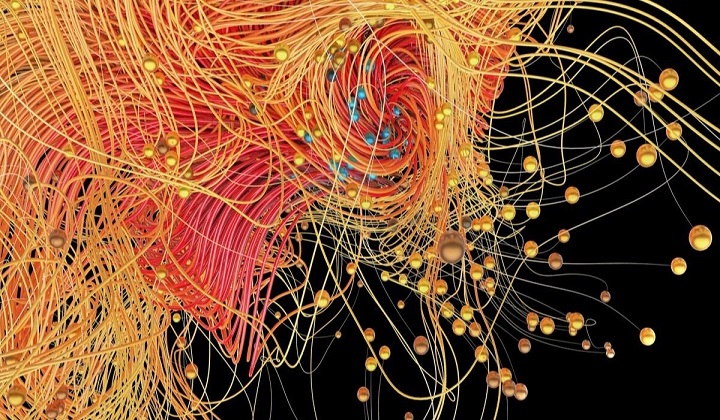 Current silicon-based computing technology is energy-inefficient. Information and communications technology is projected to use over 20% of global electricity production by 2030. So finding ways to decarbonise technology is an obvious target for energy savings. Professor Paolo Radaelli from Oxford's Department of Physics, working with Diamond Light Source, the U.K."s national synchrotron, has been leading research into more efficient alternatives to silicon. His group's surprising findings are published in Nature in an article titled "Antiferromagnetic half-skyrmions and bimerons at room temperature." Some of the antiferromagnetic textures they have found could emerge as prime candidates for low-energy antiferromagnetic spintronics at room temperature.

Researchers have been working for a long time on alternative technologies to silicon. Oxides of common metals such as iron and copper are natural targets because they are already a technology staple, present in silicon-based computers, meaning there is a high chance of compatibility between the two technologies. Although oxides are great for storing information, they are not good at moving information around—a necessity for computation. However, one property of oxides that has emerged is that many are magnetic, which means it might be possible to move magnetic bits around, both in oxides and in other magnets, with very little energy required.

Professor Radaelli says, "The kinds of bits we are talking must be really tiny—10 nanometres is the typical target figure—and must be robust even when 'shaken and stirred." This is very challenging, because the risk of them being simply dissipated away is very high when the bit is so small. One possible solution came from the most unlikely of directions: a curious parallel between solid-state physics and cosmology. In fact, the inspiration for this project was set in the form of a challenge: Can we replicate cosmic strings in a magnet?"

Essential to getting answers was the teams use of Diamond's Nanoscience beamline and the PhotoEmission Electron Microscope (PEEM). It combines high spatial resolution with high flux density to resolve nanostructures on nanometer-length scales. Through the PEEM, the Nanoscience beamline can resolve nanoparticles with diameters of less than 20 nm using polarized soft X-rays.

Cosmic strings are supposed to be filaments in space, much thinner than an atom but potentially as long as the distance between stars. Certain cosmological theories predict that they could have formed in the moments after the Big Bang as the universe was rapidly cooling. Although researchers still debate whether they exist, one theory suggests that once formed, cosmic strings would be stable and would not "evaporate," so astronomers may be able to discover them in the future. The relevance of cosmic strings and computers is that the mathematical description of cosmic strings is quite simple. The same kind of mathematical conditions that favor the formations of strings may be found in many other physical systems, including magnets.

Professor Radaelli says, "It is the beauty of physics: Mathematical equations describing the 'macrocosm' at parsec scales may also work in the microcosm at nanometre scales. With the challenge set, all that remained to do was to find a suitable magnet. Once again, the candidate turned out to be most unlikely: common rust."

Iron oxide (chemical formula Fe2O3) is a main constituent of rust. Each iron atom acts as a tiny compass, but this particular form of Fe2O3 is not magnetic in the ordinary sense of attracting and being attracted by other magnets: It is an antiferromagnet, so that half of the Fe compasses point north and the other half south.

Two years ago, working at Diamond on samples produced at University of Wisconsin, Madison, Radaelli's Oxford group discovered the magnetic equivalent of cosmic strings in Fe2O3, and imaged them using a powerful X-ray microscope. These tiny objects, known as merons, are magnetic whirls in which the compass needle rotates (NESW or NWSE) as one moves from one atom to the next in a nanometre-scale loop.

"With hindsight, finding magnetic merons was a huge stroke of luck, since we know that they are very difficult to stabilize in the conditions used for that first experiment. For the paper published today, we extended our collaboration to the National University of Singapore and managed to find the key to create and destroy magnetic merons at will, exploiting the mathematical equivalent of the "Big Bang cooling,'" adds Radaelli.

The team think there are good prospects for using 'rust' to create super-efficient computers. This is because although very simple in architecture, the Fe2O3-based device where merons and bimerons were found already contains all the ingredients to manipulate these tiny bits quickly and efficiently—by flowing a tiny electrical current in an extremely thin metallic 'overcoat.'" In fact, according to the team, controlling and observing the movement of merons and bimerons in real time is the goal of a future X-ray microscopy experiment currently in the planning phase.

Moving from basic to applied research means cost and compatibility considerations are of paramount importance. While iron oxide is extremely abundant and cheap, the fabrication techniques employed by researchers at Singapore and Madison are complex and require atomic-scale control. However, the researchers are optimistic, as they recently demonstrated that is possible to peel off a thin layer of oxide from its growth medium and stick it almost anywhere, while leaving its properties largely unaffected. They say their next steps will be the design and fabrication of proof-of-principle devices based on cosmic strings.