COVID Variant B117 Is More Transmissible, but Does Not Increase Severity of Symptoms Apr 16, 2021 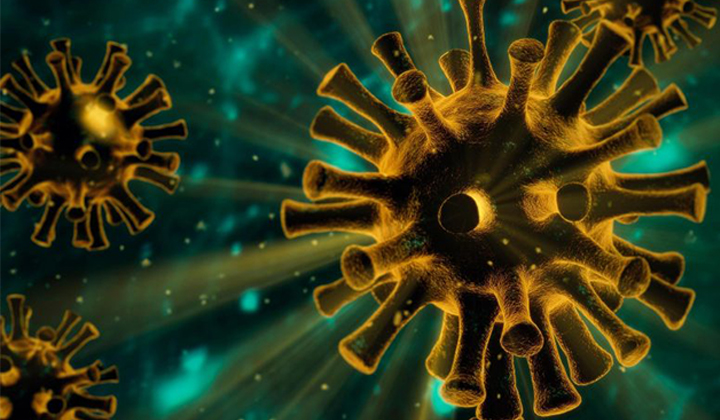 Two new studies, published in The Lancet Infectious Diseases and The Lancet Public Health, found no evidence that people with the B.1.1.7. variant experience worse symptoms or a heightened risk of developing long COVID compared with those infected with a different COVID-19 strain. However, viral load and R number were higher for B.1.1.7., adding to growing evidence that it is more transmissible than the first strain detected in Wuhan, China, in December 2019.

The emergence of variants has raised concerns that they could spread more easily and be more deadly, and that vaccines developed based on the original strain might be less effective against them. Preliminary data on B.1.1.7. indicates that it is more transmissible, with some evidence suggesting it could also be associated with increased hospitalizations and deaths. However, because the variant was identified only recently, these studies were limited by the amount of data available.

Findings from the new studies, which spanned the period between September and December 2020, when B.1.1.7. emerged and began to spread across parts of England, provide important insights into its characteristics that will help inform public health, clinical, and research responses to this and other COVID-19 variants.

Increased viral load but no association with increased severity and death

The Article in The Lancet Infectious Diseases journal is a whole-genome sequencing and cohort study involving COVID-19 patients admitted to University College London Hospital and North Middlesex University Hospital, UK, between November 9 and December 20, 2020. This was a critical time point when both the original and B.1.1.7. variants were circulating in London, the vaccination program was just starting, and before a significant surge in cases in early 2021 caused a strain on the NHS.

In a regression analysis that included 289 patients, those with B.1.1.7 were no more likely to experience severe disease after accounting for hospital, sex, age, ethnicity, and underlying conditions.

More patients with B.1.1.7 were given oxygen by mask or nasal cannula than those with a non-B.1.1.7. strain (44%, 88/198 vs 30%, 42/141, respectively). However, the authors say this is not a clear measure of disease severity, as patients may have received nasal prong oxygen for reasons unrelated to COVID-19, or as a consequence of underlying conditions.

To gain insights into the transmissibility of B.1.1.7., the authors used data generated by PCR testing of patient swabs to predict their viral load — the amount of virus in a person’s nose and throat. The data analyzed — known as PCR Ct values and genomic read depth — indicated that B.1.1.7. samples tended to contain greater quantities of virus than non-B.1.1.7. swabs.

Dr. Eleni Nastouli, from University College London Hospitals NHS Foundation Trust and the UCL Great Ormond Street Institute of Child Health, UK, said: “One of the real strengths of our study is that it ran at the same time that B.1.1.7. was emerging and spreading throughout London and the south of England. Analyzing the variant before the peak of hospital admissions and any associated strains on the health service gave us a crucial window of time to gain vital insights into how B.1.1.7. differs in severity or death in hospitalized patients from the strain of the first wave. Our study is the first in the UK to utilize whole-genome sequencing data generated in real-time and embedded in an NHS clinical service and integrated granular clinical data.

“We hope that this study provides an example of how such studies can be done for the benefit of patients throughout the NHS. As more variants continue to emerge, using this approach could help us better understand their key characteristics and any additional challenges that they may pose to public health.”

The authors acknowledge some limitations to their study. Disease severity was captured within 14 days of a positive COVID-19 test, so patients who may have deteriorated after 14 days may have been missed in the analysis, though the authors sought to mitigate this by capturing deaths at 28 days. The analyses also did not take account of any other treatments that patients were receiving — such as steroids, antiviral medications, or convalescent plasma — or the possibility that some patients may have received ventilation for reasons other than COVID-19.

Writing in a linked comment, Sean Wei Xiang Ong, Barnaby Edward Young, and David Chien Lye, from the National Centre for Infectious Diseases, Singapore, who were not involved in the study, said, “[The authors’] observation that B.1.1.7 infections were associated with increased viral loads corroborates findings from two other studies and provides a mechanistic hypothesis that increased transmissibility is via increased respiratory shedding. Yet, disease severity and clinical outcomes between patients with B.1.1.7 and non-B.1.1.7 infections were similar after adjusting for differences in age, sex, ethnicity, and comorbidities. Importantly, this study was done from Nov 9 to Dec 20, 2020, before the late- December peak in UK COVID-19 infections, avoiding any confounding effect of the availability of health-care resources on mortality. This finding is in contrast with three studies that reported increased mortality associated with lineage B.1.1.7.”

They continue, “Thus, although limited by a much smaller dataset, the study by Frampton and colleagues has important advantages over the three community studies. These advantages include the use of whole-genome sequencing, recruitment of hospitalized patients, and a population reflective of the spectrum of severity in whom increased virulence will have the greatest effect on outcomes. The finding that lineage B.1.1.7 infection did not confer increased risk of severe disease and mortality in this high-risk cohort is reassuring but requires further confirmation in larger studies.”

The Article in The Lancet Public Health journal is an ecological study that analyzed self-reported data from 36,920 UK users of the COVID Symptom Study app who tested positive for COVID-19 between September 28 and December 27, 2020.

Test results and symptom reports submitted through the app were combined with surveillance data from the COVID-19 UK Genetics Consortium and Public Health England to examine associations between the regional proportion of B.1.1.7. infections and symptoms, disease duration, reinfection rates, and transmissibility.

The analysis covered 13 full weeks over the period when the proportion of B.1.1.7. grew most notably in London, South East and East of England. Users were included in a week if they had reported a positive test during the 14 days before or after that week. For each week in every region in the analysis (Scotland, Wales, and the seven NHS England regions), authors calculated the proportion of users reporting any of 14 COVID-19 symptoms.

Dr. Claire Steves, Reader and Honorary Consultant Physician, King’s College London, UK, who co-led the study, said “We could only do this by aggregating two large sources of data: the extensive genetic sequencing of viral strains performed in the UK, and symptom and testing logs from millions of users on the COVID-symptom Study App. Thanks to them, we confirmed the increased transmissibility but also showed that B.1.1.7. clearly responded to lockdown measures and doesn’t appear to escape immunity gained by exposure to the original virus. If further new variants emerge, we will be scanning for changes in symptom reporting and reinfection rates, and sharing this information with health policymakers.”

For each region and symptom, a linear regression was done to examine the association between the proportion of B.1.1.7. in that region and the proportion of users reporting the symptom during the study period. The analysis adjusted for age, sex, and seasonal factors (regional temperature and humidity) that could affect reporting of some symptoms.

The analysis revealed no statistically significant associations between the proportion of B.1.1.7. within regions and the type of symptoms people experienced. There was also no evidence of any change in the total number of symptoms experienced by people with B.1.1.7: in the South East region, which experienced the earliest rise in B.1.1.7, the correlation coefficient was -0.021. The proportion of people who experienced long COVID (here defined as symptoms persisting for more than 28 days without a break of more than 7 days) was also not altered by B.1.1.7., with a correlation coefficient of -0.003.

However, the authors found that B.1.1.7. increased the overall reproduction number, or R number, by 1.35 times compared with the original strain. This estimate is similar to those from other studies investigating the variant’s transmissibility. Despite this increase, the analysis indicates that the R number was below 1 — indicating falling transmission — during local and national lockdowns, even in the three regions (London, South East, and East of England) with the highest proportions of B.1.1.7., which accounted for 80% of infections.

Dr. Mark Graham, from King’s College London, UK, said: “The wealth of data captured by the COVID Symptom Study app provided a unique opportunity to look for potential changes in symptoms and length of illness associated with the B.1.1.7. variant. Reassuringly, our findings suggest that, despite being more easily spread, the variant does not alter the type or duration of symptoms experienced and we believe current vaccines and public health measures are likely to remain effective against it.” [1]

The authors acknowledge some limitations to their study. It was not possible to assess causal effects of B.1.1.7. due to the lack of information on the disease strain of individual positive cases reported through the app. Users may also have made errors when inputting their information through the app. People who sign up to the app are likely to be more interested in health and COVID-19 than the wider population and may exhibit different behavior to other members of the population.

Writing in a linked comment, Dr. Britta Jewell, from Imperial College London, UK, who was not involved in the study, said: “This study adds to the consensus that B.1.1.7 has increased transmissibility, which has contributed in large part to the sharp rise in cases in the UK over the study period and beyond, as well as ongoing third waves in European countries with growing burdens of B.1.1.7 cases. However, Graham and colleagues reach somewhat different conclusions about differences in symptoms than those of the UK Office for National Statistics, which reported that a higher proportion of individuals who tested positive for the B.1.1.7 variant had at least one symptom compared with those without the variant…Graham and colleagues acknowledge the limitations of using self-reported digital data for this type of analysis, including the inherent selection bias of app-based data, which could cause confounding that might explain some of the differences in findings.

However, Jewell continues: “The data suggest that, despite important changes in transmissibility and mortality, B.1.1.7 is similar enough to non-VOC lineages for current testing infrastructure and symptom profiles to identify new cases. Additionally, existing non-pharmaceutical interventions can reduce the Rt of B.1.1.7 to below 1, given adequate governmental planning. Fortunately, B.1.1.7 also appears to be quite effectively combatted by existing vaccines.”